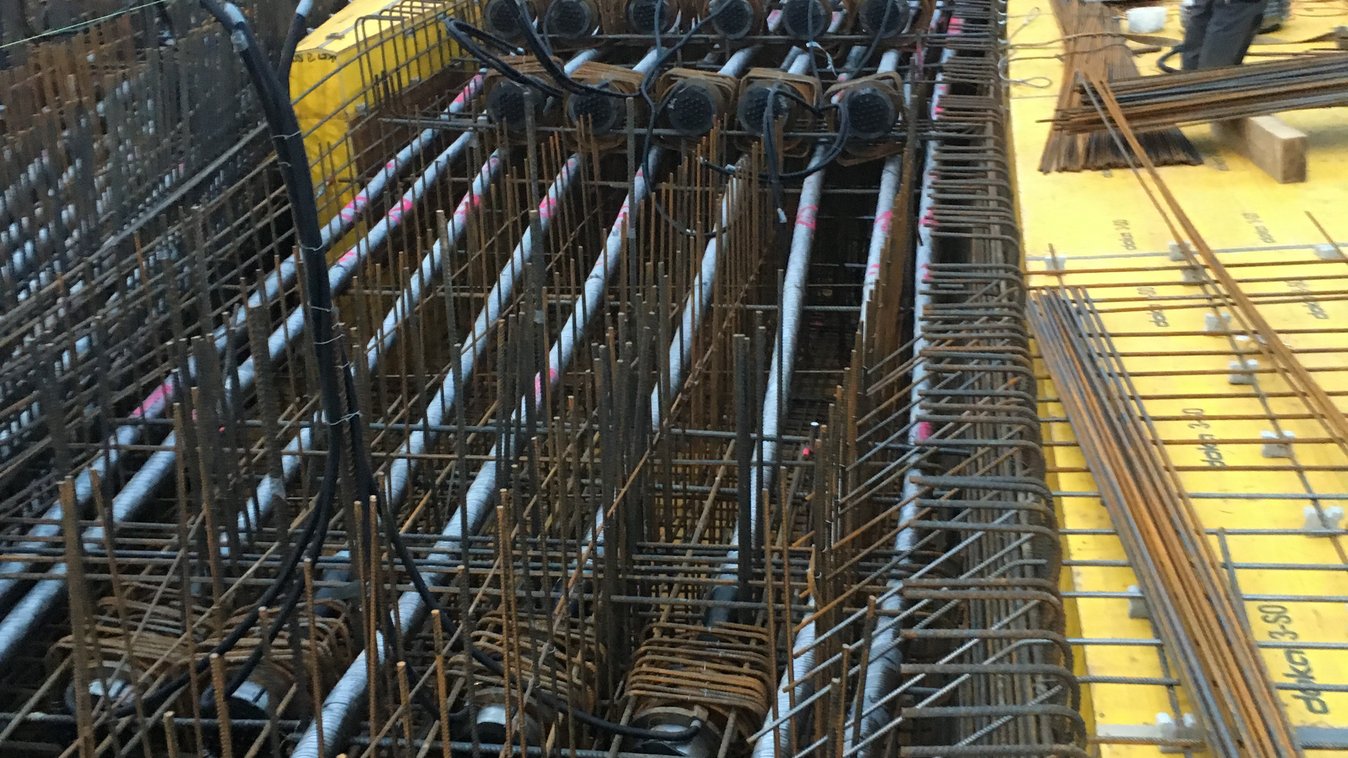 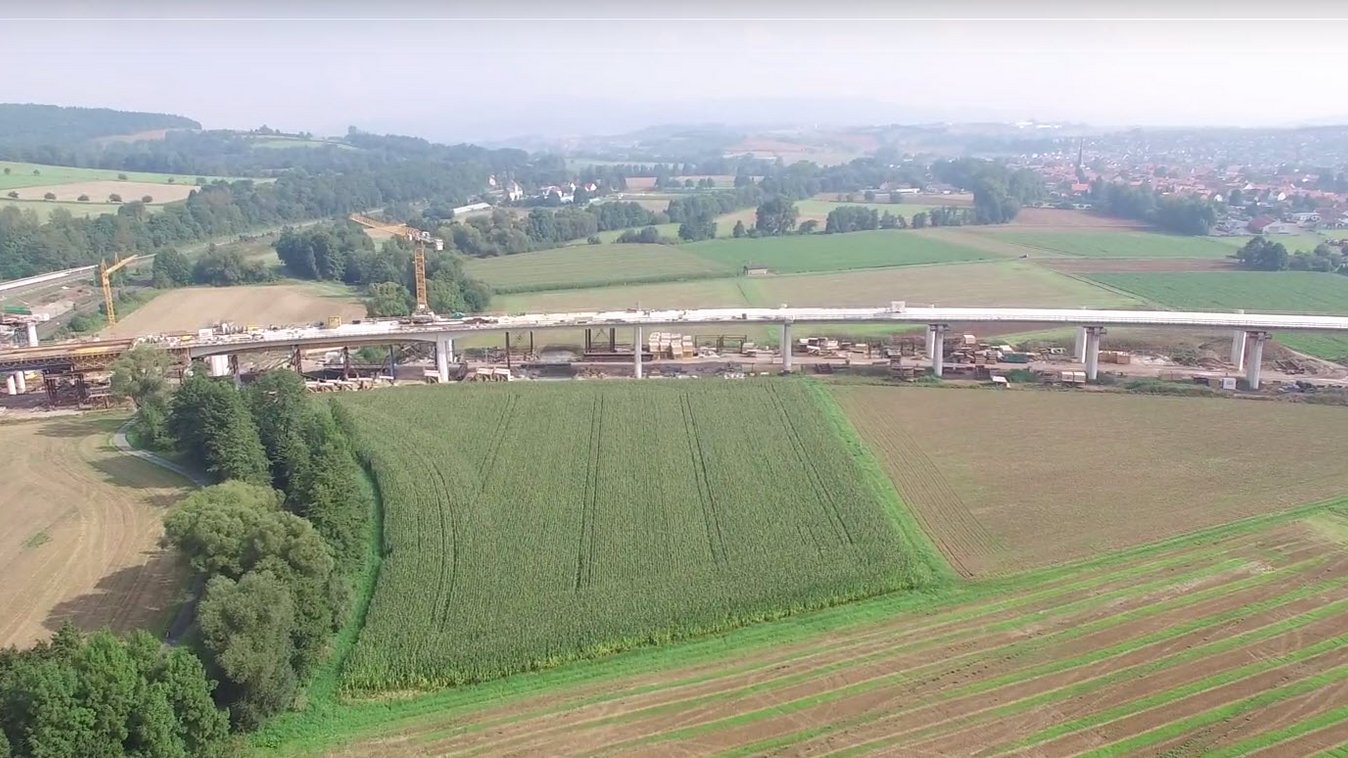 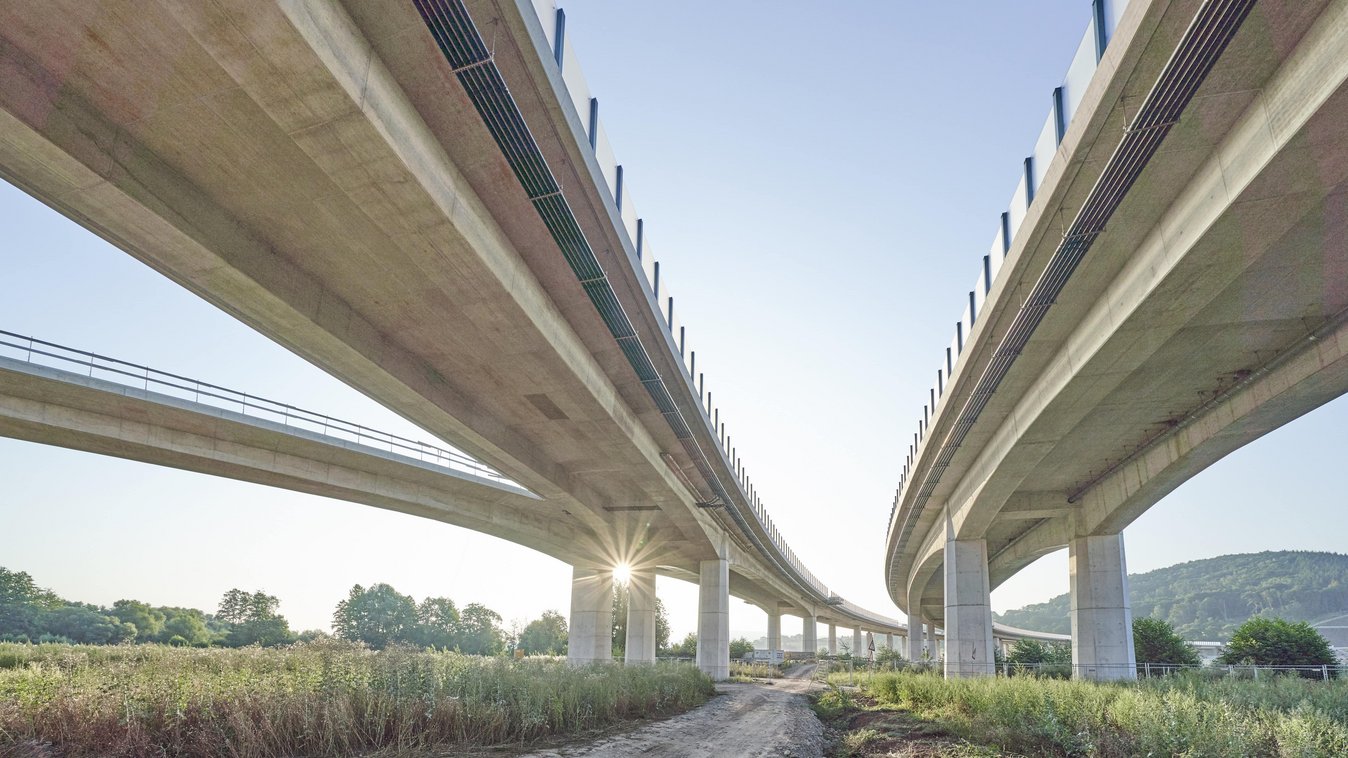 The Wehretalbrücke is part of the new construction of the A 44 between AS Waldkappel and AS Ringgau.

After the Trimmberg tunnel from the west, the bridge crosses the valley itself, the weirs and the existing traffic routes south of the village of Wehretal. The Eschwege junction is also located in the area of ​​the crossing. The planned Spitzenberg tunnel connects to the south-east of the structure.

The structure is designed as a 15-span continuous beam. The cross-section consists of a two-web T-beam with spans between 30 and 67 m for each directional carriageway.

From the northern superstructure in the direction of Kassel, the ramp structure branches off in a northerly direction and crosses the railroad tracks. The ramp structure was monolithically connected to the main structure as a longitudinally prestressed T-beam over 5 fields.

The two directions of travel run on 2 separate superstructures. Both superstructures consist of a two-legged T-beam prestressed lengthways with a variable construction height.

The superstructure was post-tensioned in the longitudinal direction with BBV tendons with a subsequent bond. Tendons with prestressing steel of quality St 1660/1860 were used for the internal prestressing. The production took place on a shoring.