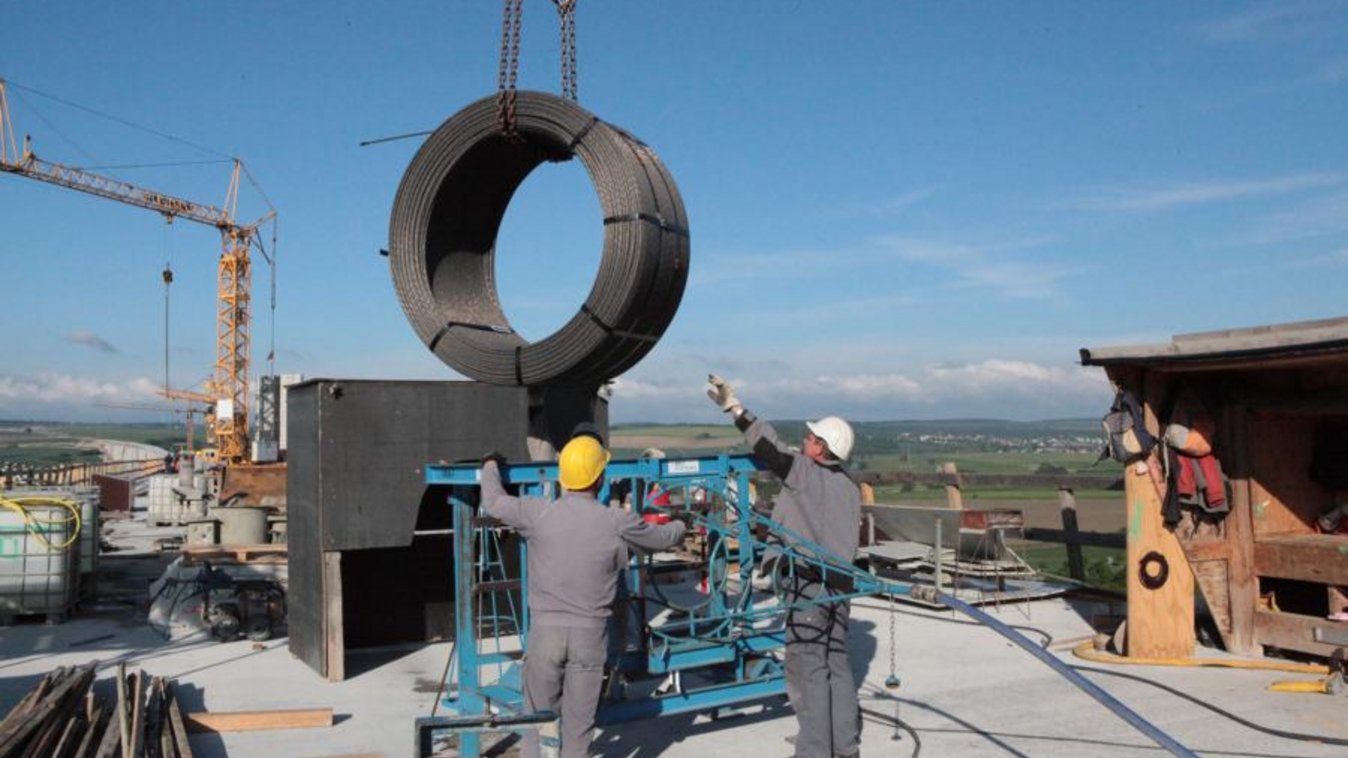 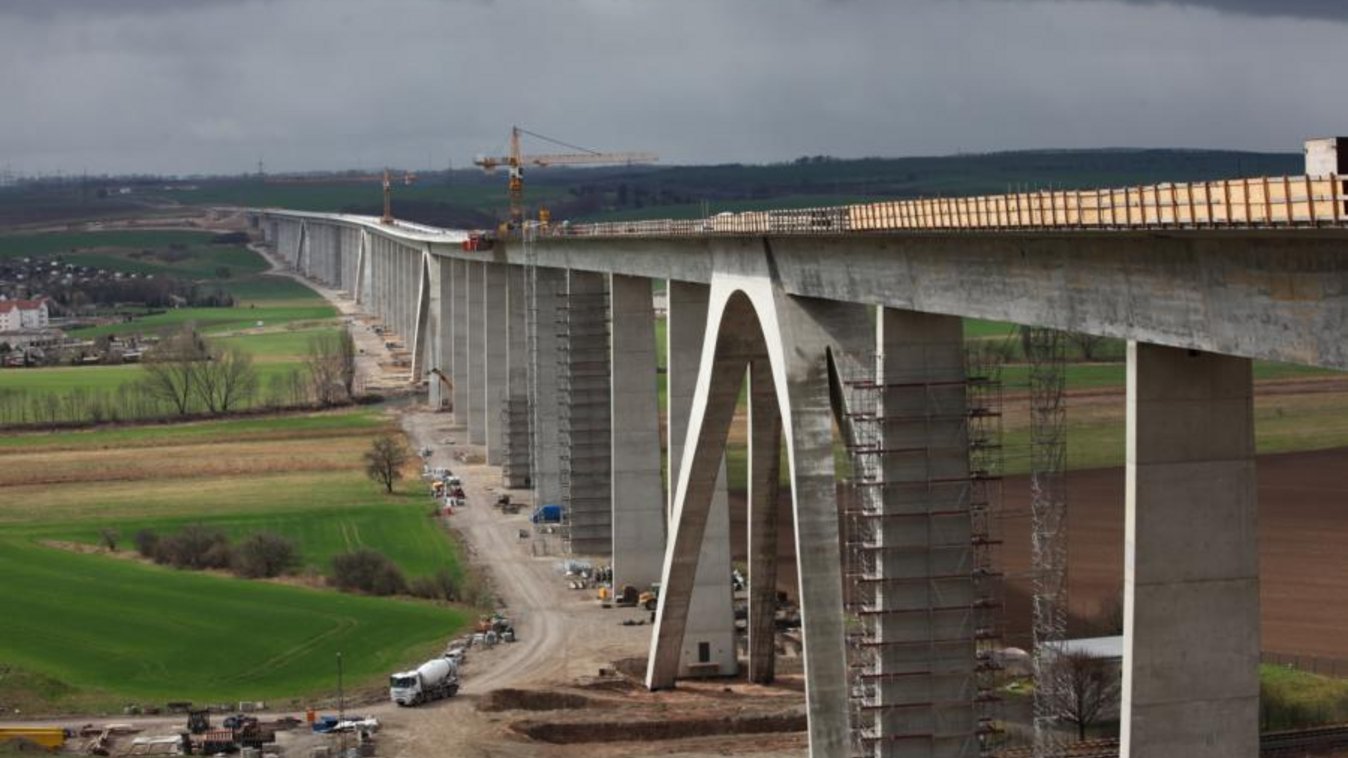 The Unstruttal bridge crosses the route, as part of the new Erfurt – Halle / Leipzig (NBS) line, north of the municipalities of Karsdorf and Wetzendorf, the extensive Unstruttal.

The construction of the Unstruttal bridge was built according to the latest state of engineering. The roadway runs on jointless and bearingless reinforced concrete girders lying one behind the other. At their ends, the temperature deformation is recorded by special devices.

In a former open-cast mine, the soil had to be dynamically compacted. The roadway girders were built as a prestressed concrete superstructure in sections from the two end points, the abutments. So-called feed scaffolds worked their way over the valley in cycles. The pillars and arches were erected in advance, and the finished superstructure then rests on them.