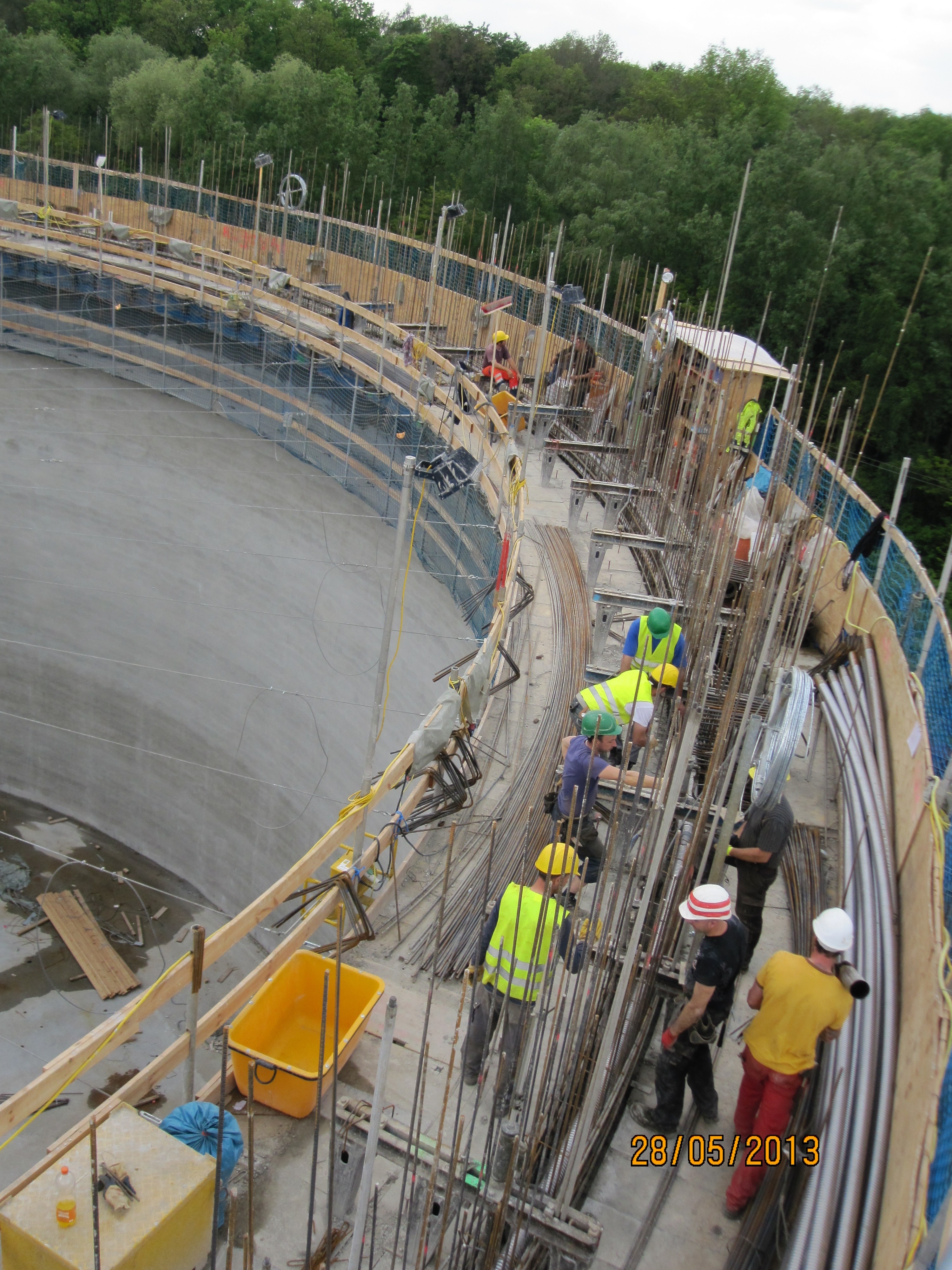 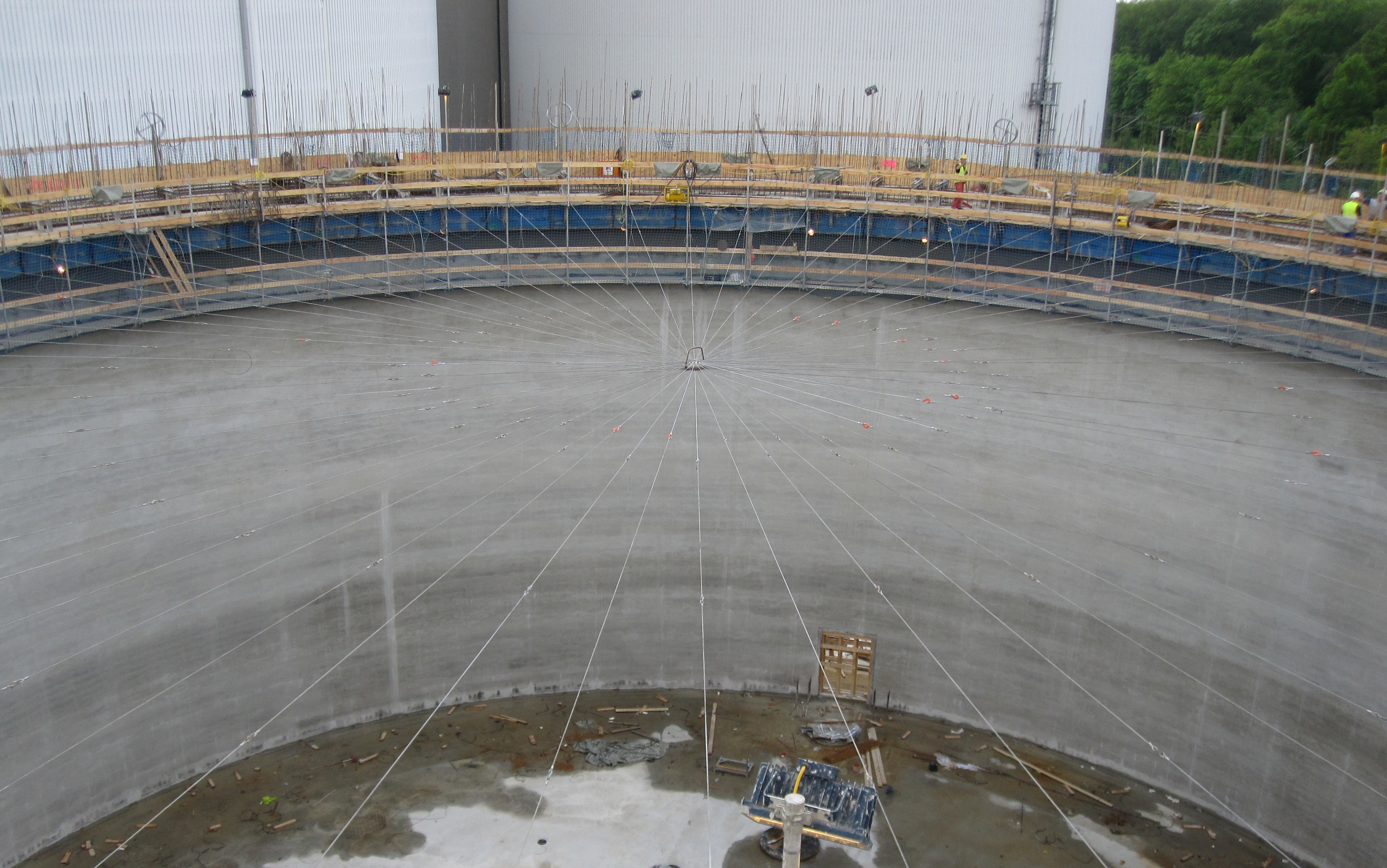 Prestressing of a concrete container approx. 60 m high and with a diameter of approx. 46 m was carried out via horizontal BBV, L7, BBV L15 and BBV L19 tendons in the wall of the silo, each of which span half of the diameter of the tank and, vertically, are reciprocally anchored on a total of four pilaster strips.

The silo was built in slip-form construction. After clearing the tensioning and the scaffolding was built up, the prestressed steel tendons were installed from the ground to a height of 55 m and, in addition, installed 76 m around half the circumference of the silo via hydraulically driven insertion units into the shell pipes during the slip-form process.

In total, approx. 390 tons of prestressed steel was installed within two weeks with up to 10 workers. The tendons were then post-tensioned. It was necessary to work with two presses at the same time, section-by-section, in order to avoid any oval-shaped deformation of the concrete container. In parallel to the tensioning work, the previously tensioned tendons were injected with mortar. A special high-pressure injection pump was used for the process.

Further information on cookies can be found in our data protection declaration.

Privacy Settings
You can change these settings at any time. However, this can result in some functions no longer being available. For information on deleting the cookies, please consult your browser’s help function.
Allowed functions
Accept cookies Data protection declaration Imprint